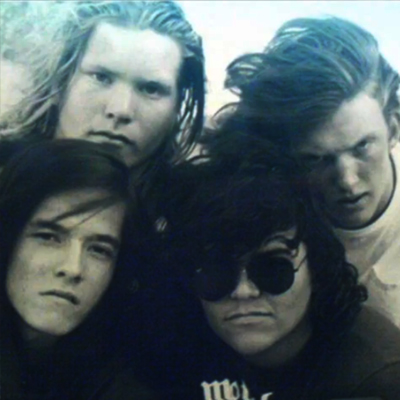 Sons Of Kyuss – proceeding Kyuss, the fledgling group began jamming using the name Katzenjammer in 1987. They  later changed the name to Sons Of Kyuss  and released a self titled EP, the only recording to include bassist Chris Cockrell in 1990. Nick Oliveri joined the group replacing Chris who went on to form Vic Dumonte’s Persona Gratta, now based out of Berlin, Germany. (See Kyuss)