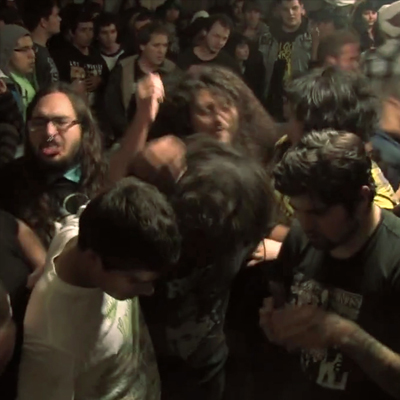 Nuclear Youth – began writing in a desert garage during the summer of 2008. The sweltering 120 degree heat warped their guitars and melted their minds as they began exploring the depths to which they could push their punk rock sound. Over the next three years they developed the fast & furious punk rock compositions into structured hardcore punk. They grew a fan base and began opening shows for bands like UK Subs, DI, and Agent Orange to name a few. The band features a second generation desert rat, Quanah Lienau on guitar, Justin on vocals, Kenny on bass and vocals, and Dylan on drums. They have 1 full length with 2 albums worth of material, a staggering 22 songs, and a 5-song EP available on Myspace.