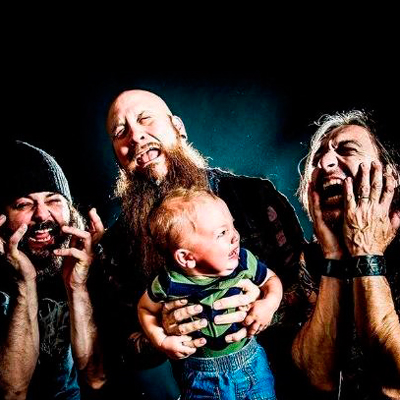 House Of Broken Promises – the desert’s premier heavy metal band. They bring all of the performance art and energy of the big arena to life with testosterone laden compositions. This power trio was founded by desert rock guitarist Arthur Seay and drummer Mike Cancino in 2005 with bassist and vocalist Eddie Placencia. Later, Eddie was replaced by multi-instrumentalist Joe Mora who has adds depth and dimension  which can clearly be experienced in the band’s new material.  They have one full length, “Using The Useless”, and a live recording (Desert Fest London 2013) recorded by Harper Hug (Thunder Underground). A new  LP is in the works and 2 new tracks are currently available to sample on the Little Brother Publishing Company website.