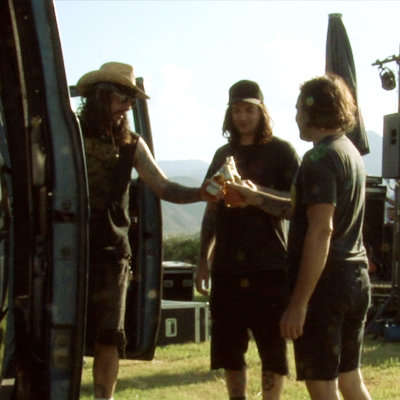 Hornss – a heavy psyche-rock band founded in the Bay area in 2011 by desert run-aways Mike (Desertt) Moracha on guitar and Nick Nava on bass and introducing Bil (with one “l”) Bowman on drums. This power trio released their debut album in 2014 receiving rave reviews. “No Blood-No Sympathy” explores the depths of depravity with lyrics that favor the dark arts and music that keeps the fires of hell burning hot. A follow up record is in the works for late 2015.