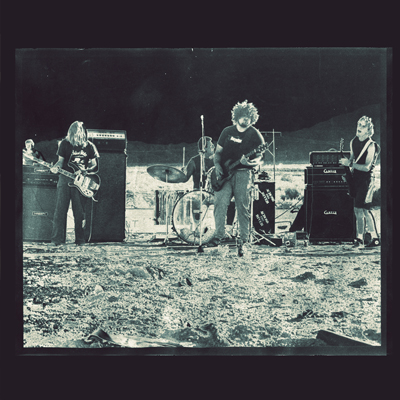 Across The River – featured a young Scott Reeder (bass), Alfredo Hernandez (drums), Mario Lalli (guitar) and Mark Anderson (guitar).1985 brought players together for the first time that would go on to be at the heart of a raging underground scene that would gain international recognition. The sounds we all have come to think of as desert stoner rock arguably started right here. Heavy riff driven jam band with lots of distortion and a sense of adventure. Though the project was short lived (’65-’86), recently a demo tape has surfaced which has received media attention, and offered desert rock fans a glimpse back to where it all started.