Lo Sound Desert is a feature documentary about the music scene in the Californian desert.

What was basically started in the early 80s by revolting punk rock kids in the middle of the Californian desert, hidden from narrow-minded authorities, gave birth to bands like Kyuss and Queens Of The Stone Age and kicked off the scene’s worldwide recognition.

After 10 years of production Lo Sound Desert finally gets released in 2016. With its unique artistic approach it provides a deep, intimate insight into the Low Desert music scene’s history and the punk rock vibe of the 80’s and 90’s. The film is entirely narrated by the main protagonists – the musicians: Josh Homme, Brant Bjork, Mario Lalli, Alfredo Hernandez, Scott Reeder, Nick Oliveri, Sean Wheeler and many more from bands like Kyuss, Queens Of The Stone Age, Yawning Man, Fatso Jetson, Mondo Generator, … to name a few.

From endless jams in unconditioned rehearsal garages to wasteland venues to smoked-up European backstage rooms: Desert Rock, a specific vibe of pure analog rock music, was fostered by the beauty of a surrounding that naturally provides a lot of space. Until nowadays it continued its slow-moving underground spread and became international treasure.
In a way Desert Rock never reached extreme popularity like simultaneously grown, commercially hyped Grunge Rock in the early 90’s. But it still seems to be around and inspires new generations of rock bands to carry on. 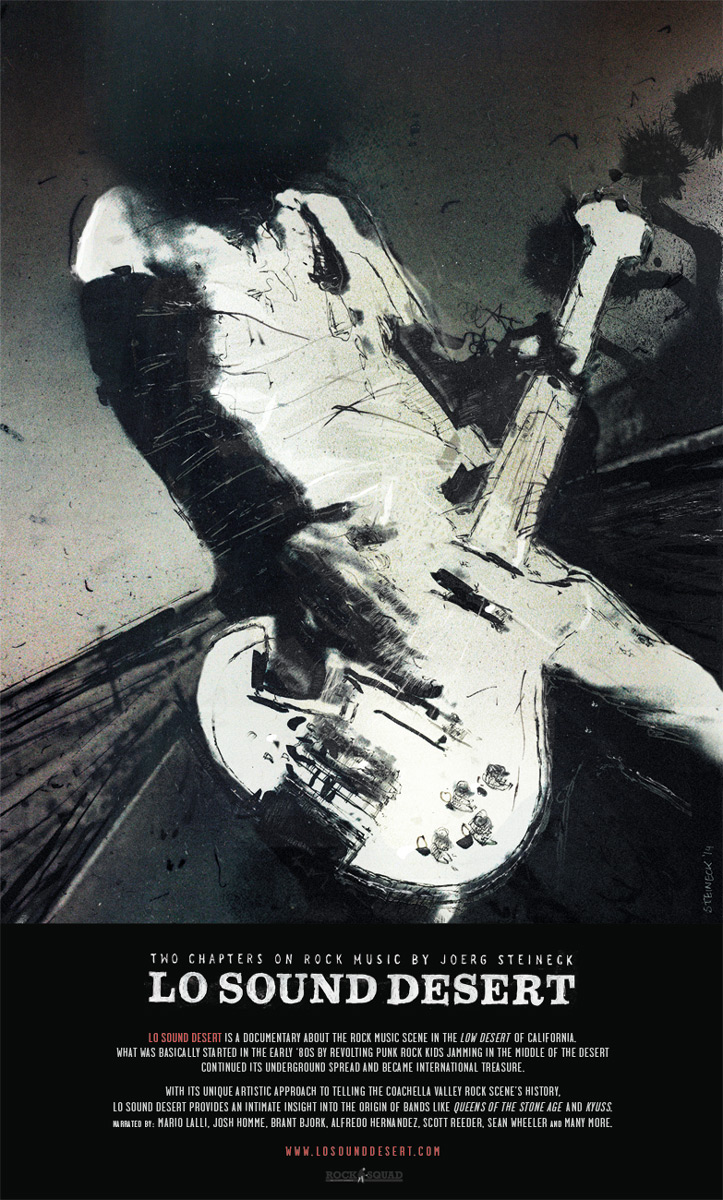 From the beginning in the early ’80s, the Low Desert rock scene led an outsider existence – through natural seclusion and because of the conservative narrow-mindedness of these desert communities, home to a less wealthy Californian population but at the same time also extra-vagant getaway destination for Hollywood stars.
Based completely on a do-it-yourself mentality and driven by the punk rock spirit of this generation, an autonomous music scene developed secretly and fostered an identity of its own.

Commercial success was never a driving force, self-entertainment the sole purpose: Eventually, hundreds of young people went out into the desert with a generator to play music, drink, dance, enjoy themselves, to celebrate noise in the middle of silence.
Over the time fast punk rock evolved into a slower, deeper sounding form of rock music in which you might hear the rough beauty of the surrounding. 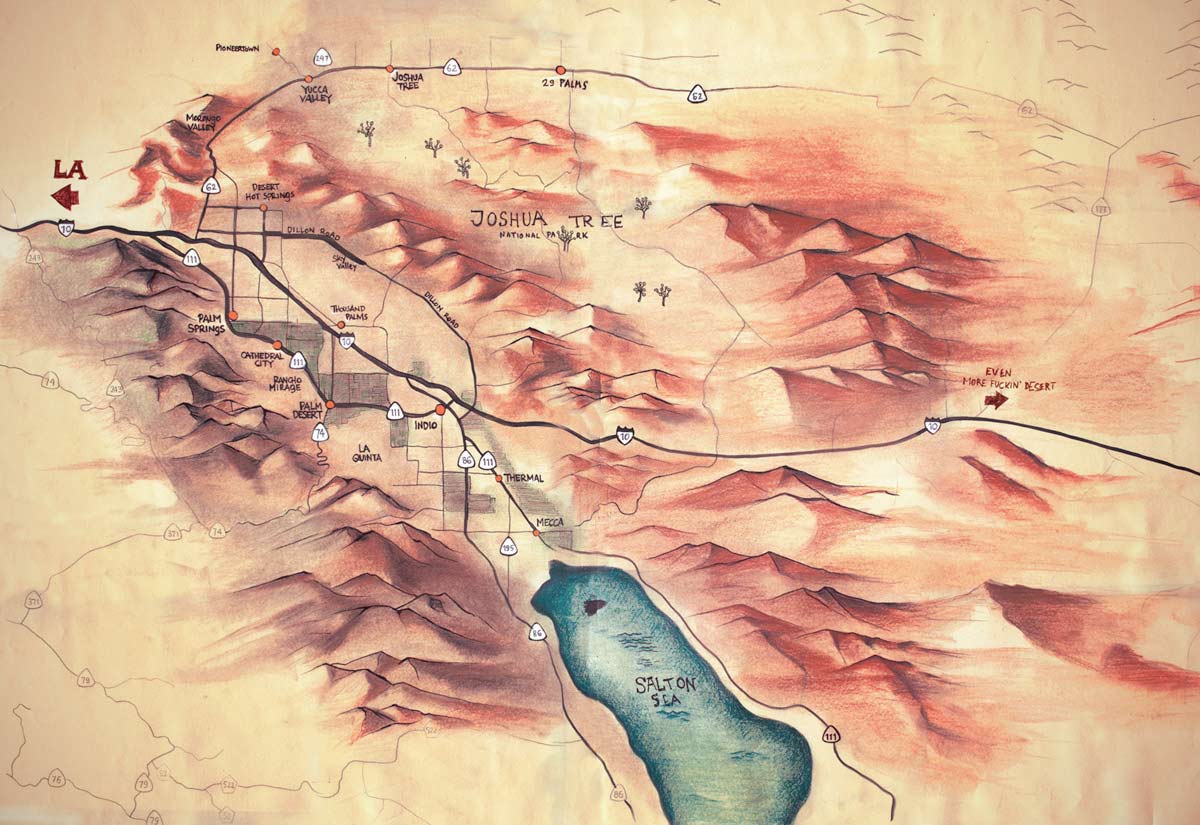